skip to main | skip to sidebar

Someone's been watching too much X-Men

But Professor, their DNA may become unstable and what if the mutants can breed?
Dear God, it's an abomination, a frankenfish, it's, it's, hmmm quite tasty actually...
Lord Melchett, policy director at the Soil Association, said the new technology is not worth the risk.
"Once you have bombarded an animal with other genes, the DNA is unstable, and there is no guarantee these fish remain sterile. It poses far too great a risk to wild salmon. A fish that grows that quickly is likely to lose some of its environmental benefits. There is no such thing as a free salmon lunch and we will pay the price," he said. 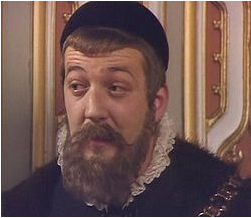 You can't say that

Here's an article that beautifully encapsulates several things that really wind me up.

Firstly, as a father of two, I'm sick of being preached at by breast-feeding Nazis. My eldest son is almost two now, bottle-fed from 6 weeks, a picture of health and happiness. My second is two months, bottle-fed from 4 weeks, ditto. So leave us the hell alone.

And what is this shit about an apology? Here is a lovely quote by a level-headed individual:

"She said: ‘There is no evidence that breastfeeding causes a woman’s boobs to sag. This (article) insinuates that breastfeeding is sexually perverted and that it is preferable to use breasts sexually rather than for their biological function of feeding babies. It also implies in a  general way that breastfeeding is weird.
‘It is highly irresponsible to print it. I believe that (Blundell) has breached the Code by using inaccurate facts as well as opinion.’"

Breached the Code? It's an opinion piece you cretin. But god forbid people should be entitled to an off-message opinion, we can't have that.

And finally, this (emphasis mine):

"The furious response to the article has resulted in almost 600 people joining a Facebook page dedicated to forcing her to apologise.

Oooooh, a facebook page. Maybe they could go and steal some cows from her frigging farmville farm, how would she cope? Or perhaps poke her over and over until she just couldn't stand it?

People are so stupid.
Posted by Timdog at 9:33 AM No comments:

This from the Daily Mail caught my eye:

Contains a rather amusing picture of a baby supposedly smoking a bong. This has bizarrely triggered Child Services involvement. Note that there are no pics of the baby puffing out smoke, or trying to eat his own weight in Wheat Crunchies or Pepperami, or perhaps trying to put his hair into dreads, just a pic of him basically chewing a bong. Probably safe to assume he wasn't getting a smoke on.

My mate has a young daughter, and he often "offers her" his beer bottle, which she tries to eat. Makes for a comedy photo, but surprisingly enough he doesn't let her drink the beer. Probably also not a case for Child Services, although who knows nowadays.

Just get a bloody grip, for the love of God, and fuck off out of people's lives.
Posted by Timdog at 12:27 PM 2 comments:

In the Geneva local paper, 20 Minutes, there is an amusing article about fitting airbags in Business Class on Swiss flights. Apparently new planes used by Swiss have airbags installed in Business Class, which seems to me a bit like putting airbags in your shoes when you use a parachute. If it goes wrong, a little cushion probably isn't going to make much difference I imagine.

Of course Economy Class passengers are furious that their safety isn't being taken seriously, like passengers on the Titanic demanding their lifejackets.

Anyone in the aviation industry care to explain why airbags are useful on a massive piece of flying metal?
Posted by Timdog at 8:09 AM No comments:

The article is bad enough, the nauseating true life story from "Lucy" really is self-serving bullshit, if a man wrote anything like this he'd get torn apart.

A couple of choice quotes, with my additions...


"The words "sex tourism" make me think of City boys who go to Thailand with their mates for seedy conquests to boast about."
Ah yes, boasting. Sort of like an article in a newspaper about shagging a local lad for money.
"It's different for women."
Only in your head.
"When they go abroad for sex, it's about wanting to feel special and escaping the boundaries at home."
And those lucky men probably love it as well, just like those hookers.
"There are very strict rules at the hotel about staff and guests..."
Hmm, sounds like a brothel
"...so I knew I had to make the first move."
The first move? You're paying him for sex, what "moves" exactly are required?
"I told him I was going for a walk on the beach - and we spent our first night together. It was very romantic."
Using code? Still sounds like a brothel.
"Sandi and I had a great time."
Ah yes once again, he loved it, how could he not? The money was incidental.
Compare with this in the Daily Mash. Which one is satire again?
Posted by Timdog at 3:22 PM No comments:

Not convinced this was the right medium:

Utah Attorney General Mark Shurtleff announced to the world he had signed off on the execution via micro-blogging site Twitter.
"I just gave the go ahead to Corrections Director to proceed with Gardner's execution," Shurtleff tweeted shortly before Gardner was shot through the heart by a five-man firing squad at Utah State Prison.
"May God grant him the mercy he denied his victims."

He then got annoyed by people objecting to the death penalty:
Shurtleff, in the tweet, said it was “astonishing that no retweet whiner express [sic] outrage that Gardner shot 2 men in the face, & a cop; nor one word of empathy for their families.”

Seems a bit wrong, but it could have been worse I suppose:
"Lol jst told my homiez to pop caps in Grdner, dat's wot I call corrections ROFLcopter, #deathpen #waxbullet #bang_ur_dead"
Followed with
"all u hataz wnt to think bout families ov victims, he got wot he deserved all u RT pansiez can fk urselves #hippyfags"
Posted by Timdog at 1:29 PM No comments:

This article manages to include not one but two fairly major fails.

First of all, WTF is up with an 11-yr-old getting taken to the "prom" in a helicopter? Why is there even a prom at all? When I was 11 (and that's less than 20 years ago) the end of primary school heralded potentially some chocolate, an activity of some kind and there might have been a disco, to which I imagine I wore a shellsuit, things being how they were back in the day. But a prom? Ferraris? Limos? What a bunch of spoilt little pricks are going to come out of this school.

Secondly, isn't it amazing how some fecking charity manages to muscle in on the article. Kids at Mearns are clearly not short of a few quid, and yet we have some worthy from One Parent Families Scotland (less than 1% funded by donations, fundraising & membership, can I hear you say fake charity?) explaining that "schools need to be sensitive to the financial circumstances of all parents".

So this is the school's fault now? Well in one sense it is, in that they should probably just tell the parents to stop being such fuckwits, but ultimately it's neither their problem nor their fault if parents decide it's a good idea for their offspring to learn about pimping out in a limo at the age of 11. To be clear, this is the parents' problem, or in the case of the families this "charity" looks at, the parent's problem. But of course that wouldn't fit in with whatever bullshit cause they are pedalling, so better blame the school then.
Posted by Timdog at 8:13 AM No comments:

No More CRB Checks? In My Dreams Apparently

Please let this be true, this really would be a proper step forward for the coalition.

The Child Protection Checks are to my mind one of the most insidious, divisive pieces of legislation to come out of the Labour Government cesspit. Starting from the appalling premise that everyone was a child abuser until proven otherwise, the ugliness of these checks was matched only by their clear ineffectiveness in stopping offenders. It was of great concern to me that the Coalition had not specifically mentioned repealing these checks, but now it seems they will. Not a moment too soon.

UPDATE: Thanks to @UncleMarvo for drawing my attention to the last paragraph of the article, which I had missed. In fact, the existing CRB checks will stay in place. Utter bastards, I am hugely disappointed.
Posted by Timdog at 3:40 PM No comments:

An intelligence analyst in the US has apparently been shopped by a "former hacker" because he sent Wikileaks the video from the Afghanistan Apache air strike last year. Now, clearly it's a bit ask to base a post on an article this thin, but a few things occur to me.

First of all, I'm sick of hearing about national security. If ever a phrase was mercilessly abused it is this one, and it pisses me off. It's a catch-all nonsense that is impossible to argue with sensibly and can only end badly.

This quote is ludicrous (emphasis mine) - "A lot of people have labelled me a snitch," Mr Lamo told BBC News. "I guess I deserve that on this one but not as a generality." This is so idiotic, and just underlines how people really do not understand morality anymore. He is a snitch, because he snitched. He should stand by it. You can't be a snitch once and then stop, you either are or you aren't. His quote could have come out of the mouth of any MP caught with his/her snout in the trough, with troughing shitbag substituted in for snitch.

I got interrupted halfway through this post (bloody work) so apologies if it's a little disjointed. But fuck it, not like this blog pays my wages anyway (and frankly neither should it!)
Posted by Timdog at 4:42 PM No comments:

Rearranging the deckchairs or business as usual?

This, kindly pointed out by Obo, is amazing on several levels. First and most obviously, do they really think one single person will change one thing they do during the World Cup based on this advice? Not only is it joyless bollocks, but it will be so utterly ignored it'll make my Religious Studies teacher seem like Mr. Chips.

Beyond that though, are these people just not even getting the hint a tiny bit? Maybe tone down some of this nonsense. Or are their hands so firmly over their ears, and their "la-la-la I can't hearrrrrr youuuuuuu" so loud that they really do not realise the end is nigh?

Or more worryingly, is DK right, and is all this Great Repeal stuff just a Great Repeal Swindle? I really hope not, but it is interesting that these organisations feel they can just push on with no concessions to the apparent new climate of no-more-quangoes.
Posted by Timdog at 9:47 AM No comments:

Timdog
Libertarian, becoming increasingly convinced that the political system is fundamentally broken and needs some kind of a reboot. The intrusion of the state in every aspect of people's lives is a big worry, and I am thankful that Switzerland doesn't work the same way (yet?).